* GUIDE / All models use FUJI titanium frame and SIC ring guides. * W-NUT RING（PAT）/ All models. * RG-system is for PE-line use only

The ultimate rockshore rod for anglers chasing their wildest dreams. It supports your fishing adventures at rocky shores as you train arduously to realize your dream as an angler to catch the fish of your dreams. While being a powerful rod capable of handling large plugs that weigh over 200g, it inherits the unique and versatile lure compatibility of the MUTHOS Accura series that also enables it to handle lures as small as 16cm.

While being a powerful rod capable of handling large plugs that weigh over 200g, it inherits the unique and versatile lure compatibility of the MUTHOS Accura series that also enables it to handle lures as small as 16cm. Combining a “Magic tip” that increases the casting and maneuvering capabilities for light lures, an “Unrelenting Midsection” that unleashes its full potential while casting and fighting the fish, and a “Flexible Strong Butt” that supports long and fierce fights, we created the best extremely practical blank with parts that complement and power up each other.

Uses the Ocean guides + K guides that have proved reliable in power angling.

ZENAQ’s innovative ergonomic foregrip, known as the hexagonal grip, is designed to fit an angler’s hands comfortably, giving him or her a huge advantage when fighting large fish. Contoured to maximize grip with minimal pressure, your hand will not tire nearly as much as with a cylindrical handle during a fight with a large fish. Additionally, the hexagonal grip offers more precise lure control, helping you tempt more strikes from fish. 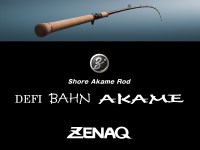 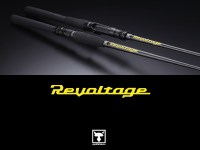 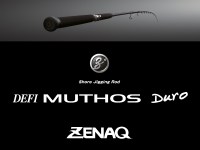 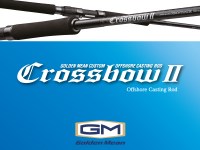 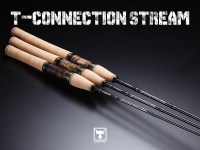 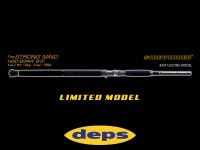 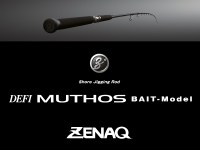 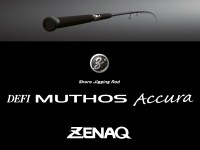