A heavy-duty rain suit that can withstand rain, wind and friction.
Soft and light rainwear is not enough ... The rain suit worn as an outerwear is tough depending on the situation, such as repeated casts and jerks in aggressive lure fishing such as bass fishing, jigging, and egging, and movement of yabukogi and rocks. Those that require various functions. Rainwear to support such behavioral anglers is EG Rainsuit EGRS-302.
The aim was to have a tension that does not easily lose its shape and a strength that shields the body. The surface layer of the fabric is made of 210d nylon 100% yarn taffeta, which is resistant to rubbing and tears, the middle layer is coated with 100% polyurethane waterproof and breathable film, and the back layer is made of 100% nylon tricot, which is soft to the touch. Not only is it waterproof as rainwear, but it also has high strength against friction and tearing and is comfortable to wear at a high level.
In addition, it maintains a beautiful silhouette without losing its shape even in the rain that continues for a long time. It is possible to enjoy fishing comfortably even in the rain by preventing discomfort such as flooding from around the neck caused by the shape of the hood collapsing and hindering movement due to the sleeves sticking around the arms. 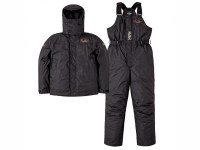 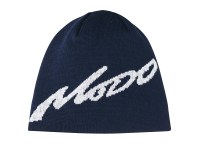 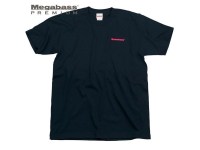 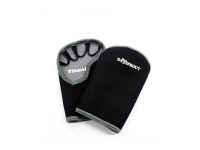 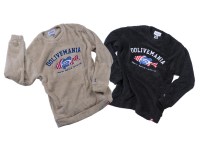 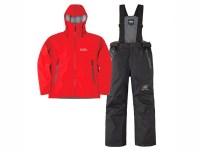