Affordable from 01 February 2021 to 28 February 2021
Attention!
This product will be shipped after 03 May 2021 and any other related products included in the order will be shipped after indicated date.
Starting from:
35,00 €
Installment payment service available for customers residing in Italy, France and Spain
35 PF Points (Plus Fishing Member: 53 PF Points)
Back to: Annual Membership Subscriptions

The membership fee is 35 € + the cost of shipping, which depends on the destination country.

Discover below the advantages for those who become a Plus-Fishing member:

How does Plus Fishing Member work?

Shipping to members is scheduled for approximately 2021.05.03

Its compact silhouette despite 175mm length is an Oikawa size that fits to any field. The high manipulation from dead throw to fast retrieve as well as its ability to avoiding obstacles for its wide lip will lead you to bites in difficult strike zones.

The staff developing the 2021 members’ item paid attention to this Silent Killer series, and mad a test model without the soft shell – the most notable point. 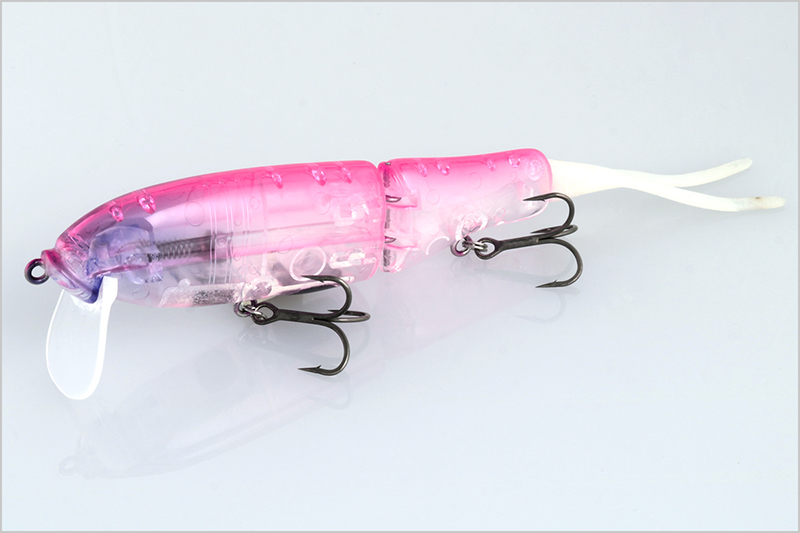 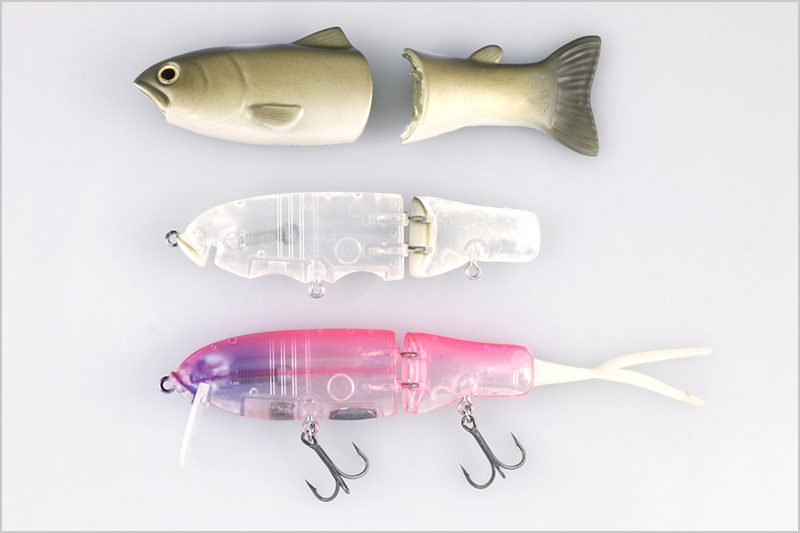 In the first step, it was a 145 sized body with a prototype lip and an 8 inches Sakamata Shad tail. 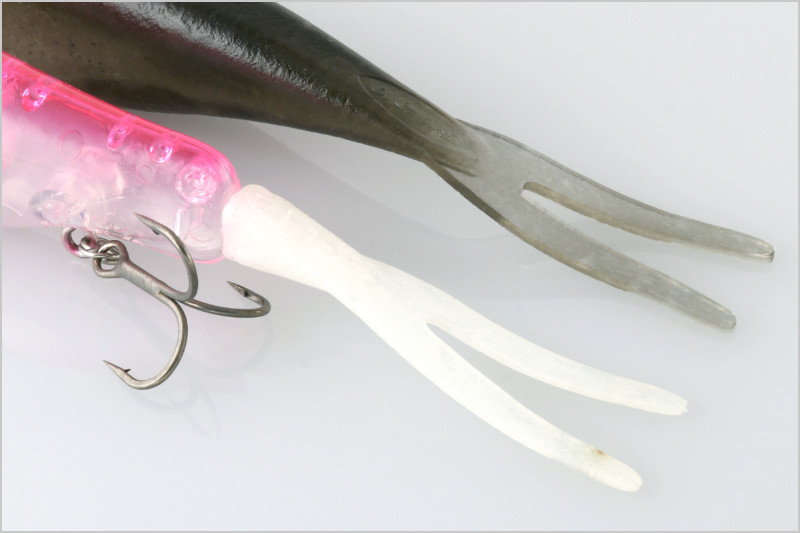 Looks like just attached several parts. But this proto-lure finished by a developer that perfected the technique over many years, passed most of the action tests at this point. So it officially started to improve as a product.

In the second step, the 145 sized core body becomes sophisticated. Starts its expression as an original lure. 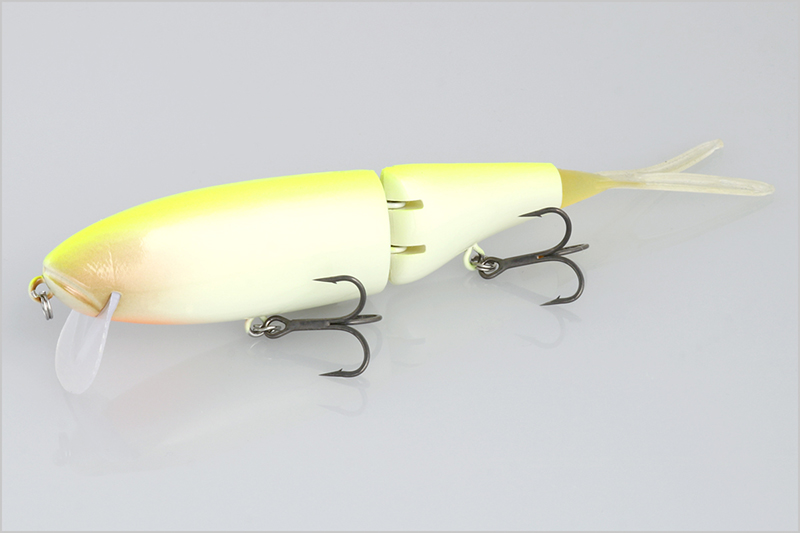 The lip’s minor adjustments continued. There are many versions besides this photo. 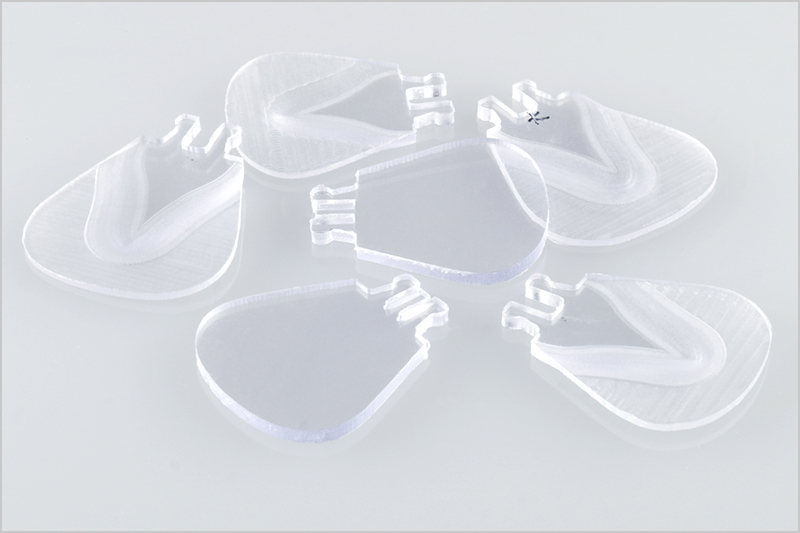 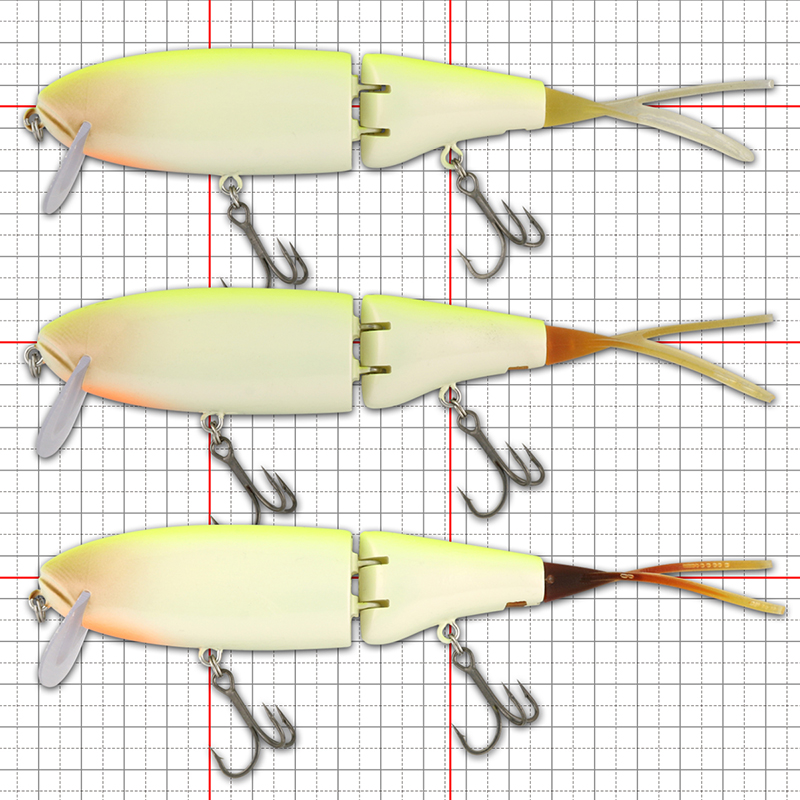 The Sakamata Shad tail is finalizing.

In this step, we know that the lip and tail, likely to damage, are designed to be replaceable.

Finally the lure has its face mold that brought to life. 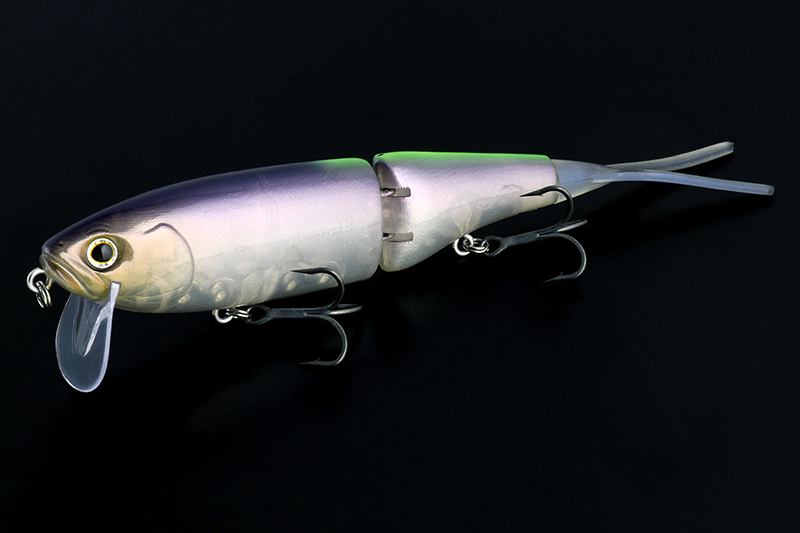 The polycarbonate wide lip has anti-shock and obstacles avoiding ability. Now you can attack cranking the big basses that became dependent on the obstacles. You can replace just by one-touch when damaged or lost.

The elastomer tail attractively shimmers even in the slow action. It reproduces the waterflow as if a living bait. Even “kiss bites” likely to occur frequently during low active or high pressure moments will become real bites. You can replace just by one-touch when damaged or lost. 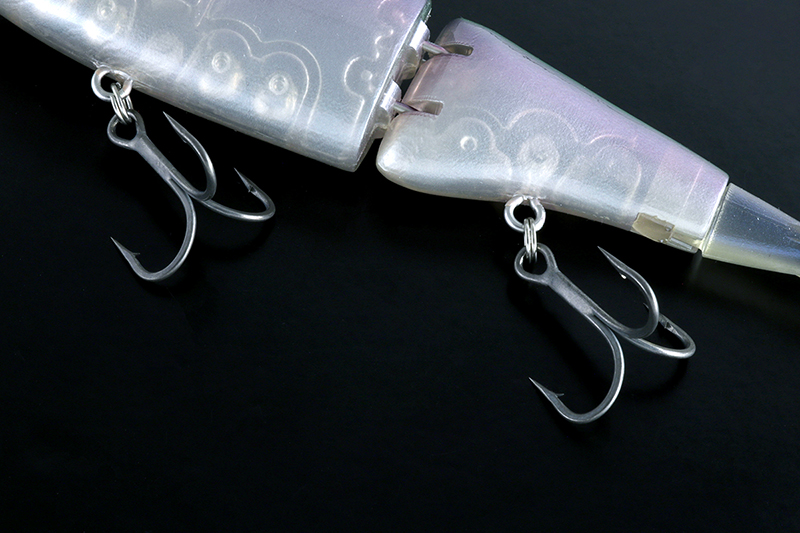 A surface coated hook size#3 is selected that penetrates even the short biting like play biting. For more selective bass that hate hooks, you can change to a feather hook to resolve cautiousness. It also is a moderate resistance to increase the capture with slow cranking action.

Also this year we will sell products exclusively reserved for Plus Fishing 2021 members. We will update members regarding reserved sales through our blog, social accounts and newsletters.

3. Becoming a Member is convenient; you will gain more points !!

The images may differ from actual colours depending on the digital resolution of your pc or mobile. Thank you in advance for your understanding. The lure will be your privilege when you enroll our web membership. The delivery will be after starting this program (approximately mid-May), therefore we ask your patience until then. 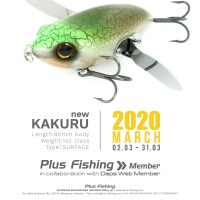 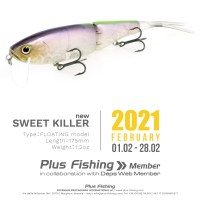